To understand the reason behind the answer, we have to understand how batteries work in the first place.

A standard 12V car battery contains a row of six cells within the plastic casing, each containing a lead dioxide plate (cathode) and a lead plate (anode) submerged in sulfuric acid. The arrangement triggers a chemical reaction between the components, creating lead and sulfate ions.

The ions move freely around the lead plates, causing another chemical reaction that produces hydrogen and lead sulfate. The ion movement also produces electricity that moves to either the positive or negative terminal of the battery, from which the starter motor and other vital electrical systems are powered.

Both anodic and cathodic reactions remove sulfate and lead ions from the electrolyte, depleting the charge. A reverse voltage in excess of 2V per cell is applied to recharge the battery.

This means a car battery regains charge when electricity is applied to force the ions back into the solution. And there’s no proof of aspirin doing this.

There have been a few anecdotal reports of aspirin giving dead batteries a significant power boost but eventually rendering them dysfunctional. But even if it were true, you’re better off jumping your car battery or calling the relevant services than ruining an excellent battery by contaminating it with acetylsalicylic acid.

However, aspirin is not the only substance that has been touted to revive batteries. There’s also vinegar, hydrogen peroxide, sprite, etc. Let’s see if there’s any evidence for any.

Can You Put Vinegar in a Car Battery?

Can you put vinegar in a car battery? That’s a resounding no.

Vinegar is a mixture of mostly water and approximately 5% acetic acid. Acetic acid is very corrosive to metals and will damage the lead plates, decreasing the available volume for electron absorption during charging.

Now, can you use vinegar to clean battery terminals? Yes.

To do so, pour some white vinegar into a small bowl. Dip a cotton swab into it and wipe the terminals. Then, dip a fresh swab in clean water and wipe off the excess vinegar. If there’s hard corrosion on the contacts, you may need to use a toothbrush instead.

Can You Put Hydrogen Peroxide in a Battery?

The answer is no.

You should not put hydrogen peroxide (H202) into a battery. As we said, if your battery is dead, try jumping it or calling the appropriate services. If it’s at the end of its useful life, try to recondition the battery instead.

Research has been done on the viability of improving lead-acid battery formation efficiency by using hydrogen peroxide as an additive. But formation is a manufacturing process and has nothing to do with the end user. There have also been studies on the possibility of replacing lead batteries completely with a safer and more eco-friendly solution using hydrogen peroxide and metals like aluminum, zinc, or copper.

Can I Pour Sprite on My Car Battery?

Yes, you can pour sprite on your car battery. The acidic properties will help to remove corrosion from the terminals. But it’s not just sprite. Almost all carbonated soft drinks can dissolve rust deposits thanks to their carbonic acid contents.

Pouring on your car battery means the terminals. It doesn’t in any way suggest that you can pour sprite into the battery cells.

The process is pretty simple. Apply soda to your battery terminals and let it sit for a bit. Next, scrub the corrosion off with moderate force. Finally, dry the car battery with a towel. You can then reconnect the cables, and you’re good to go.

Should You Put Vaseline on a Car Battery?

Yes, you can put vaseline on a car battery. Petroleum jelly goes beyond preventing dry skin and can reduce corrosion on your terminals. Its strength and thickness help to seal off the battery terminals from the air and underhood chemicals that may contribute to corrosion.

How Do You Make a Dead Battery Work Again?

While it is possible to recondition a battery that has reached the end of its useful life, the procedure does not involve aspirin, vinegar, or hydrogen peroxide. If anything, these things would damage your battery. Plus, it goes without saying that you shouldn’t be opening your battery up without proper safety gear. That said, there’s nothing wrong with cleaning corrosion off the terminals of your battery or applying vaseline to prevent further corrosion. 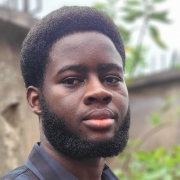 Haroun Adamu
Haroun Adamu is the founder of TorqueDial. He followed the automobile industry for several years before covering it officially for HotCars and Vehicle History. This experience would spark a chain of reactions, eventually leading him to create this site. However, the final push to launch TorqueDial was his first car purchase, and he’s not looked back since.
Previous

How Do You Know if a Battery Is Sulfated?

Can a Car Battery Shock You?

How Often Should I Change My Car Oil?

The myths about car oil change intervals busted, and the facts brought to the limelight, ...
By Haroun Adamu
September 6, 2022
Detailing

What Does Car Detailing Include? Everything You Need To Know

Detailing is more than just washing your car. Here’s everything it includes and why you ...
By Haroun Adamu
November 5, 2022
Detailing

How to Clean a Car Interior in 10 Steps

Cleaning your car’s interior can be overwhelming. Follow this checklist to make it simpler.
By Haroun Adamu
October 8, 2022
Oils

High Mileage Oil vs Regular Oil: How Do They Compare?

No, neither sucks. Both high-mileage oil and regular oil are great, but each has its ...
By Haroun Adamu
October 21, 2022

How To Charge a Car Battery Without a Charger

No one likes a dead car battery, but it happens. Here are six ways you ...
By Haroun Adamu
January 3, 2023
The Best Products

Winter is killing your batteries. Upgrade to a cell that's built to weather the cold.
By Jamaluddeen Adamu
October 9, 2022
Batteries

How to Jump a Car With and Without Another Car

Jumpstarting is a lifesaver, but it’s potentially dangerous. Here’s how to do it the right ...
By Haroun Adamu
October 5, 2022
Batteries

How Do I Clean Corroded Car Battery Terminals?

What causes battery corrosion—how can you clean and prevent it?
By Haroun Adamu
September 27, 2022

How Long Do Tires Last: Everything You Need to Know

Car Tire Sizes: How To Find and Read Them

How To Charge a Car Battery Without a Charger

SAE 30 vs 10W30 Oil Comparison: Everything You Need To Know